What : OCSI Talks: The Strategic Fallout of the US pull out from Afghanistan
Where : Zoom (For registration click here)
When : Saturday 04 December 2021, from 5:30 pm. IST onwards

The Executive Committee of The Oxford and Cambridge Society of India invites you to a talk on “The Strategic Fallout of the US pull out from Afghanistan” by Ambassador Gautam Mukhopadhaya, Senior Visiting Fellow, Centre for Policy Research 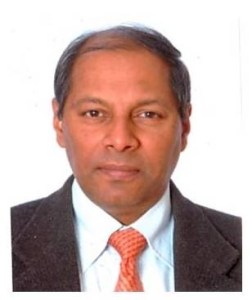 The withdrawal of Soviet troops from Afghanistan after a 10 year military intervention in 1989 resulted in the demise of Communism in, and the breakup of, the Soviet Union, followed by the collapse of the Najibullah regime, the Mujahideen takeover of Afghanistan, intra-Mujahideen fighting, and the eventual takeover of Afghanistan by the Taliban by 1996. The fallout of the poorly negotiated and chaotic withdrawal of US troops from Afghanistan may not be comparable, but will be equally seismic in terms of regional security and global geo-politics. The talk will look at the implications of the US military pull out on the regional balance of power and equations; religious radicalism, extremism, terrorism and regional and global security; and modern political values that have underpinned modern political order over the last two centuries; as also its specific impact on and choices for India.