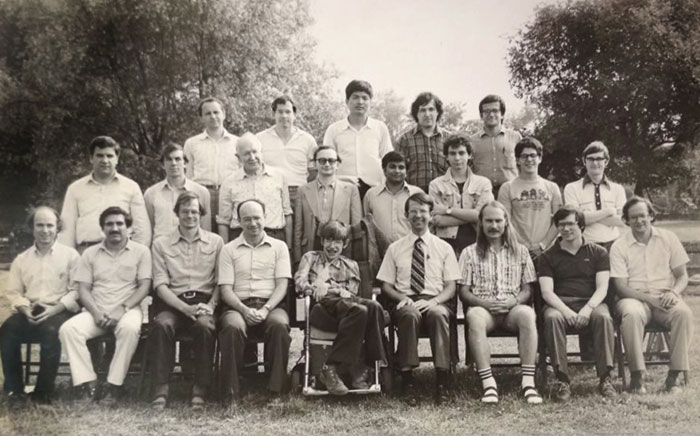 On behalf of the Oxford and Cambridge Society of India, Mr. Vidur Bhatia, Secretary and Treasurer and The President, Oxford and Cambridge Society of India (OCSI) are delighted to invite you for a talk by our member Professor Daksh Lohiya on “Working with Stephen Hawking” on Saturday 12 January 2019 at 6 pm at the India International Centre Annexe, Lecture Room-2 (Basement). High Tea will be served.

Professor Lohiya will recount memories of his association with Stephen Hawking spanning more than four decades and enumerate what made Stephen Hawking so famous. He will narrate the events that took place behind-the-scenes in relation to several discoveries made by Stephen Hawking which became the primary impediment to Sir Fred Hoyle’s efforts on the steady state cosmological model, put a damper on the misdirected Soviet School of Cosmology and were the cause of the most intense debate on aspects of black hole radiation and information paradox. The talk is for a general audience.
Professor Lohiya is the Emeritus Professor of Physics at the University of Delhi and a Fellow of the Cambridge Philosophical Society, the American Physical Society and the
New York Academy of Sciences. Professor Lohiya is a Life Member of Clare Hall, Cambridge. Professor Lohiya read for a master’s degree in Physics with a specialisation in particle physics at St. Stephens College, University of Delhi. He holds a PhD in Physics and a PhD in Mathematics from Cambridge, where he was supervised by Professor Stephen Hawking and Professor Gary Gibbons. Professor Lohiya is the recipient of numerous fellowships and awards and has taught at several universities worldwide including at Imperial College, London and the University of Chicago. Professor Lohiya has published more than 70 articles in international journals.
We hope to see you at the talk.
The  featured image is of Professor Hawking with his students in Cambridge. Professor Daksh Lohiya is standing, fourth from right, second row.
Next to him, behind Professor Hawking, is the famous Russian physicist Alexei Starobinsky.
Seated, front row, extreme left, is Frank Wilczek, who won the Nobel Prize for Physics in 2004.
“This picture is full of many eminent scientists,”