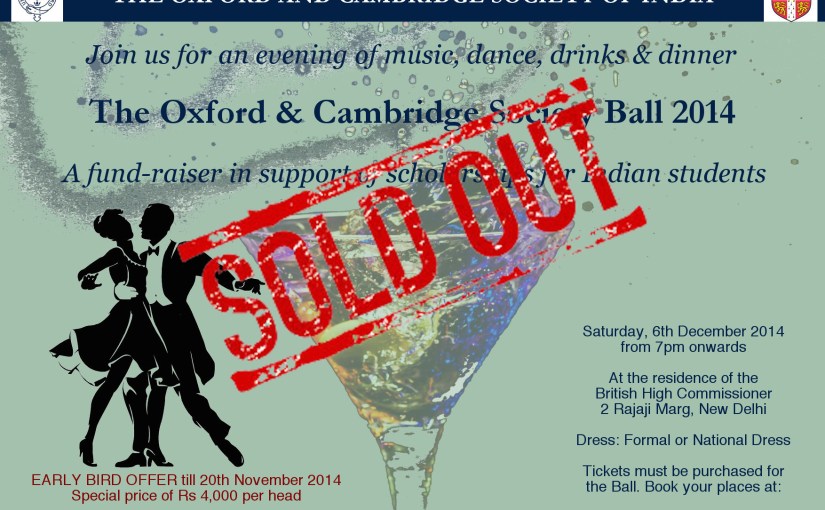 This ball was a charitable event. Our purpose was to raise funds for scholarships to assist Indian students who have secured admission at Oxford or Cambridge and are in need of financial assistance to pursue their studies there.

The British High Commissioner to India very graciously offered the spacious lawns of his residence in New Delhi to host the Oxford and Cambridge Society of India Ball. A fun evening with music and dancing, followed by dinner, this ball was reminiscent of the traditional May balls held at Oxford and Cambridge (given the unfavourable weather conditions in the summer months here, this ball is being held in December!). The guests included Oxford and Cambridge alumni, members of the diplomatic corps and other eminent personalities.

The Oxford and Cambridge Society of India Ball is one way to raise funds for our scholarships.