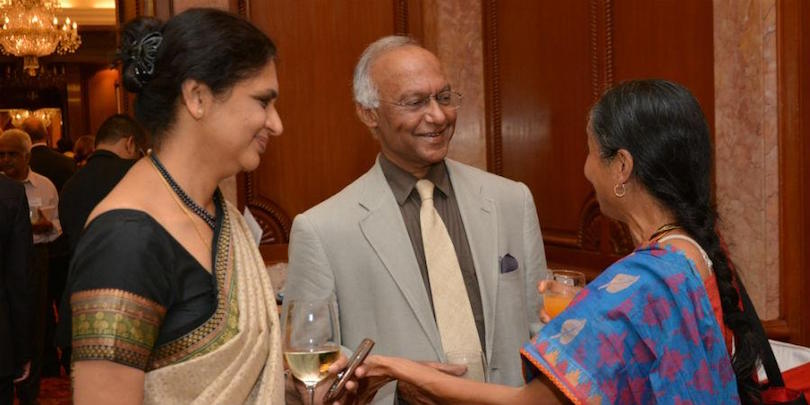 The Vice Chancellor of Cambridge University, Professor Sir Leszek Borysiewicz and his team were visiting India in September 2015. OCSI organised a contributory cocktails reception (drinks and snacks), which was also combined with the monthly Third Thursday Drinks party of OCSI.

The reception for the Vice Chancellor was open to members from Cambridge (of course) and also to those from Oxford. Over 75 members from both universities attended.

Instead of the regular pay-as-you-go format that we normally adopt for the Third Thursday Drinks, the charges were on a flat rate per head. The event was subsidised by the Oxford and Cambridge Society of India.